The ban was established by SENASA’s Directive Resolution 0021-2021. This Resolution was published on April 15, 2021 in the official gazette El Peruano.

Dicofol is a chlorinated pesticide considered a Persistent Organic Pollutant (POP) by the Stockholm Convention. This pesticide is chemically related to other banned pesticides and is used in other countries to control mites in various crops.

“It is very persistent in the environment, moderately toxic to mammals and extremely toxic to fish, crustaceans, mollusks and algae. It is also bioaccumulative, as it accumulates in human adipose tissues and can travel long distances by air and water,” the Peruvian government stated.

“Our country signed the Stockholm Convention in 2001 and ratified it in 2005. Therefore, to date, no commercial formulation with the active ingredient, dicofol, is registered in Peru and there are no applications for pesticide registration. However, the decision to ban it was taken preventively, considering that this type of request can be submitted at any time, so the corresponding measures must be adopted in a timely manner to safeguard health and the environment,” added Peru’s official communication.

As a responsible alternative to environmental and integrated pest management, SENASA promotes the use of biological control and the development of Good Agricultural Practices (GAP) for the main crops. The objective is to avoid the indiscriminate use of agrochemicals and, therefore, reduce the levels of toxic residues in food.

“SENASA professionals and specialists in agricultural health and food safety train professionals, technicians and farmers in biological control, so that their knowledge can be passed on to their families and benefit the environment. In addition to training, inspection sessions are carried out in accredited establishments,” the Peruvian government said in conclusion.

Colombia to use drones to fumigate coca leaf with herbicide 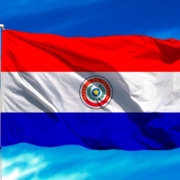 Sugar production and export records set in Brazil for 2020/21

Conditions of approval of the basic substance sodium chloride

Non-approval of fermented extract from leaves of Symphytum officinale L. (comfrey)...
Scroll to top
This website uses cookies to improve your experience. We'll assume you're ok with this, but you can opt-out if you wish.Accept Reject Read More
Privacy & Cookies Policy
Necessary Always Enabled