1.Block your purchases in advance.

Stephen Pearce, director of AWP Associates and strategic sourcing expert, said, “From a buying perspective, what we’ve been advising our clients to do is to think about their sales and operations processes and make sure you’re doing things early enough, drive demand, because the game has changed.” In addition, he also said, “It’s not about being able to spot certain molecules from a buy-side perspective to make sure you get the right strike price to meet your budget. It’s about getting the product or not.”

“The advice we’ve been giving is not rocket science: don’t take any chances with respect to waiting, make sure you lock in your volumes early with your manufacturer or your formulator,” Pearce added. Make sure you drive demand and think about where your product needs to be, even three months earlier than you would normally expect.”

2. Think later, rather than earlier, as there is no clear signal as to when the logistical challenges will end

Abishek Aggarwal, president of strategic alliances and corporate sales with Delhi-based Bharat Rasayan Limited, does not expect to see any normalization in shipping before the end of 2022, and this is due to lack of investment in new vessels and profit losses.

His company and other Indian competitors are absorbing shipping costs for all commitments currently. Going forward, he sees FOB as the likely standard. “Prices are increasingly erratic from week to week, both for buyers and suppliers,” says Aggarwal.

David Li, Business Manager at Beijing-based SPM Biosciences Co. Ltd. sees a similar situation for China. He says there is about a 30% shortage of cargo coming into Chinese ports.

“China is building containers to try to feed global demand, but the empty containers can’t get back into the country, so there is a cost increase … In 2022 there are no clear signs for us to see,” Li said.

There is a big shake-up in China’s energy sector with the country’s goal of reaching peak carbon by 2030, and then declining to reach carbon neutrality by 2060.

Under China’s “dual control” policy, Yunnan began reducing monthly yellow phosphorus production by 90% from August 2021 production levels from September to December in the region. Plants consuming one to two times more energy than the industry average must reduce output by 50%, and any plant consuming more than twice the industry average must reduce output to 10% of capacity.

“The Beijing Winter Olympics will come in February 2022, and especially during the spring break there will be restrictions and environmental audits. It has already started this month, especially in Sichuan province,” Li said. “Glyphosate and glufosinate are largely produced there, and the next few weeks glyphosate prices will rise sharply.”

Aggarwal and other panelists have advised buying now. “If you can get a reliable supplier who can keep their sales commitments based on their order or contract, there is no risk if you buy 25% of your requirement now until March, because you won’t see prices come down drastically. So it may not be a big loss, but it can be a big loss of opportunity,” Aggarwal said.

4. It’s outperforming the price nine times out of 10

“It’s not just about price, it’s about making sure you have the right landed cost. You can only make money if you have the products on time and in full to meet the demand of your customers. That’s the most challenging thing. On time, in full is beating the price nine times out of 10,” Pearce said.

For some molecules that are less inflationary than glyphosate, Pearce advises buying less, but remember, “you’re not going to lose anything by having a position where you have 50% to 60% of your inventory needs covered in terms of your purchase plan rather than your physical inventory between now and the end of next year.

“You can’t sell what you don’t have in your warehouse. Be bolder than perhaps you might normally be with respect to securing material.” 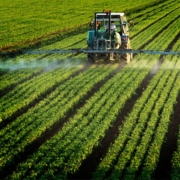 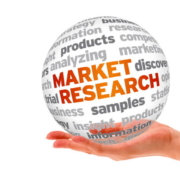 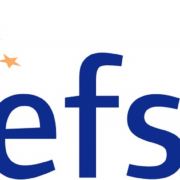 EFSA: Review of the existing maximum residue levels for glyphosate 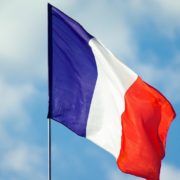 Despite plans to ban glyphosate, its sales in France increase by 10% 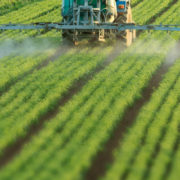