The vast majority of foods tested for pesticide residues were found to be well within federally prescribed limits, the Food and Drug Administration said in its latest pesticide monitoring report, which includes data for fiscal year 2017.

FDA found that 96.2% of domestic and 89.6% of imported human foods complied with federal standards. No pesticide chemical residues were found in 52.5% of the domestic and 50% of the imported samples analyzed.

FDA finished the second year of a special assignment focusing on herbicides, testing 879 samples of corn, soy, milk and eggs for glyphosate and glufosinate, and more than 1,000 samples of selected grains and root crops for acid herbicides over the two-year period.

Residues of glyphosate or glufosinate were not found in any egg or milk samples, while glyphosate and/or glufosinate residues were found in about 60% of the corn and soy grain samples. None, however, exceeded established tolerances.

The violation rate for imported foods, at 10.4%, was well above the 3.8% rate for domestic foods. 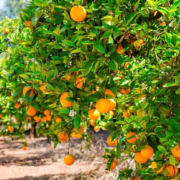 In 2021 the price of imidacloprid will remain low