Austria’s caretaker leader on Monday made clear she would not sign into law the European Union’s first national ban on the weedkiller glyphosate due to a technicality, infuriating environmentalists while delighting farmers’ groups.

A large majority in parliament and, polls suggest, the public support banning the chemical because of fears it causes cancer. Austria, a popular tourist destination for its Alpine landscapes, also devotes the largest share of its farmland to organic agriculture of any EU member state.

In July, when the current caretaker government of civil servants was already in place, parliament passed the total ban, which was due to come into force on Jan. 1.

On Monday, however, Chancellor Brigitte Bierlein, a career judge who must sign bills for them to become law, said the bill could not come into force because the European Commission was not properly notified under a process aimed at giving it and member states time to react.

“Such a notification of a bill – required by European Union law and specified (in the bill) as a condition for it to take effect – was, however, not carried out properly,” Bierlein said in a letter posted online by the government’s spokesman.

Glyphosate was developed by Monsanto, now part of Germany’s Bayer, under the brand Roundup. It is now off-patent and marketed worldwide by dozens of other chemical groups.

Concerns about its safety emerged when a World Health Organization agency concluded in 2015 that it probably causes cancer. Bayer says studies and regulators have deemed glyphosate and Roundup safe for human use. The company faces lawsuits over claims the product causes non-Hodgkin’s lymphoma.

Bierlein has said her government will not take far-reaching political decisions. It is due to remain in office until a ruling coalition is formed. Conservatives led by former Chancellor Sebastian Kurz are in coalition talks with the left-wing Greens but they say significant differences remain.

While Bierlein and her government are career civil servants, they are part of a politicized system. Bierlein was appointed vice president and then president of the Constitutional Court under the same political constellation – coalitions between Kurz’s People’s Party (OVP) and the far-right Freedom Party.

The Freedom Party, the Social Democrats and smaller parties voted in favor of the ban. The OVP, traditionally close to farmers, opposed it.

Greenpeace said preventing the ban would be “tantamout to a betrayal of democracy” while the Farmers’ Union, part of the OVP, said any ban should be at the EU level.

The Social Democrats called the move “incomprehensible” and said they would push for a ban when parliament meets on Wednesday. 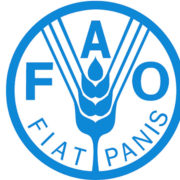 Anvisa (Brazil) extends the period of use of paraquat stocks