The Regulator’s decision to issue the licence was made after consultation on the Risk Assessment and Risk Management Plan (RARMP) with the public, State and Territory governments, Australian Government agencies, the Minister for the Environment, the Gene Technology Technical Advisory Committee and local councils, as required by the Gene Technology Act 2000 and the corresponding State and Territory legislation.

The Regulator wishes to thank submitters for their contributions. She considered all submissions provided during the consultation process that related to the health and safety of people or the protection of the environment. The comments were considered in the context of current scientific information and used in finalising the RARMP. The finalised RARMP informed the Regulator’s decision to issue the licence.

The finalised RARMP concludes that this limited and controlled release poses negligible risks to the health and safety of people and the environment and does not require specific risk treatment measures. However, licence conditions have been imposed to restrict spread and persistence of the GMOs and their genetic material in the environment and to limit the release in size, location and duration, as these were important considerations in the evaluation process. 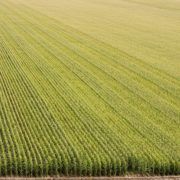