Farmers in Brazil are concerned about the ban on the paraquat herbicide, which comes into place on September 22 this year.

The active ingredient, which is the basis of some pesticides used to control weeds, can no longer be produced, marketed and used throughout the national territory beyond the assigned date.

The ban was defined by the National Health Surveillance Agency (Anvisa) in 2017. Until September 22, the product can be purchased and used but only after meeting the conditions established by an entity resolution. The document establishes the use of pesticides in soy, wheat, corn, beans, sugarcane, citrus, potatoes, apples, bananas, rice and cotton.

The theme was discussed among members of the technical commission for cereals, fibers and oilseeds of the Faep/Senar System as a way of alerting rural producers about the ban. After September 22, even those who have the product will not be able to use it. Farmers who buy volumes in excess before the ban will, also, not be able to return the product to the dealer.

Paraquat is currently used in Paraná, mainly in the management of soybean crops. The active ingredient is intended for use in post-emergence to eliminate weeds that are difficult to control immediately after the crop is planted, or as a desiccant before harvest, used for the purpose of standardizing the crop and anticipating the harvest, especially for planting the second crop corn.

Throughout the meeting, several producers expressed concern about the ban. According to information shared by the participants themselves, alternatives to paraquat cost more – between 30% and 150%. “The alternatives do not always adapt so well in certain regions,” added producer Nelson Paludo, president of the technical committee.

Anvisa’s resolution sets a precedent, as in the date of the deadline for the ban can be extended, should new scientific evidence arise, in the form of studies, proving that the product does not harm people in case of direct contact.

According to Elisangeles Souza, agrochemical industries have formed a task force, which is preparing a study with scientific information which will be submitted to Anvisa for its evaluation. 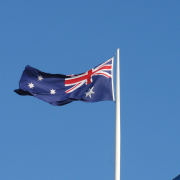