The extension of the nationwide lockdown to combat the novel coronavirus disease (COVID-19), though necessary, will lead to a further suspension of work and no wages and means for families to support themselves.

The activities in manufacturing and services, that provide non-essentials, may be suspended, though with serious consequences. However, agricultural operations cannot be postponed much longer. Any delay may disturb the production system and affect India’s food security.

Therefore, the Union as well as state governments are trying hard to resume agriculture-related activities. The rabi harvest is starting soon and most farmers are struggling due to the lack of mobility of labour, machinery and necessary equipment during this lockdown period.

Apart from logistical and administrative problems, farmers are facing financial crunch at a time when the rabi crop is ready to be harvested and the kharif season is to soon start.

Lack of credit in the agrarian economy may lead to distressed sale of produce to private traders and money lenders that may create distortion in food supply management in the near future.

Therefore, credit provisioning to the agrarian economy is crucial in maintaining food reserves in the country. In this context, let us discuss the status of food grain stocks in India and what actions are needed in easing farming operations during this crucial period.

Procure at the doorstep

The quantity of food grains in buffer stocks that has been set aside for the central pool by the Food Corporation of India (FCI) is based on the principles of operational stocks and strategic reserve.

Operational stock is required for regular distribution of food grains to the beneficiaries covered under the National Food Security Act as well as other various welfare schemes of the government. The strategic reserve is maintained to meet the supply constraints.

As part of the Pradhan Mantri Garib Kalyan Anna Yojana, the Union government announced an additional five kgs of rice / wheat per month to be distributed free of cost to each beneficiary covered under the public distribution system for three months.

In recent years, India’s procurement-based food security provisioning has been criticised by various quarters, including the meetings of the World Trade Organization, but one should not undermine the need and importance of such a procurement-based subsidised distribution system at the time of a pandemic like COVID-19.

The system of procurement should continue to feed 1.35 billion Indians even as the entire country is locked down to fight against the spread of COVID-19. The government of India, through FCI and the state governments or their agencies, should procure rabi crops immediately before farmers are compelled to sell their produce to middlemen in villages.

The distress sale to ease the ready cash required for kharif preparation can be averted if procurement happens at the village level. It will not only help farmers get the actual price of their produce, but also ensure that food grains stocks are maintained for the months to come.

But before the procurement of rabi crops, there is a need to address the problem of fund crunch in the agrarian economy which is hindering the harvesting of rabi crops as well as preparatory work for kharif.

Unless these actions are taken on time, supply constraints would cause another crisis and no amount of cash supplements will be able to fetch minimum food grain for survival in the coming days.

Reviving the agriculture sector was one of the major thrusts of the incumbent government. A series of interventions have been attempted to address the agrarian crisis in the country in recent years.

A target was set to double farmers’ income by 2022, taking 2015-16 as the base year through a number of schemes and programmes such as Pradhan Mantra Kisan Samman Nidhi (PM-KISAN), Pradhan Mantri Fasal Bima Yojana (PMFBY), increase in Minimum Support Price etc.

As a result, the share of the agriculture sector’s budget in the total Union Budget increased to 7.3 per cent in 2020-21 (Budget Estimates), from a mere 2.2 per cent in 2017-18 (Actual). It is crucial to highlight that budget allocation to cash-related schemes such as PM-KISAN, PMFBY, price support and interest subvention constitute around 81 per cent of the total budget allocations of the agriculture sector.

When the share of such components of the budgetary expenditure is significantly high, there is much more flexibility with the government to re-priorities such public expenditure interventions, at times when the situation demands ready cash for the farmers to carry out agricultural activities.

Out of a total budget of Rs 2.21 lakh crore for the agriculture sector, the Union Budget 2020-21 allocated Rs 75,000 crore for PM-KISAN. Under this scheme, the Centre transfers an amount of Rs 6,000 annually, in three equal installments, directly into the bank accounts of the registered farmers.

As a response to COVID-19, the Government of India announced the advance release of the first installment of Rs 2,000 to each of the 8.69 crore beneficiary farmers. Hence, no such extra amount has been allocated to the agriculture sector under the stimulus package announced by the Centre in response to COVID-19.

The government should have allocated extra funds beyond the provision already made under PM-KISAN, that would have helped farmers in many ways. Secondly, instead of waiting for the scheduled time period to pay the second and third installments to farmers, the government should plan to transfer the funds now, when the farmers are facing a funds crunch in taking up farm operations for kharif cultivation.

The need for provisioning cheap credit and reaching out to farmers

Farmers are in dire need of funds owing to the rabi harvest, preparatory work for kharif cultivation and for personal consumption purposes.

No one would quibble on the fact that a significant proportion of cultivators are still dependent upon credit from non-institutional sources such as commission agents and traders due to the easy availability of credit. Moreover, India’s eastern states are highly dependent on informal sources of credit which come at very high rate of interest.

It has been reported by the farmers that due to fear of repayments of loans, there has been a sharp decline in the supply of credit from non-institutional sources currently, when there is a great need of credit to pay for labour, machinery and other inputs during the rabi harvest. The consequences of farmers facing a shortage of funds would be destructive.

The Union government allocates funds under the Interest Subvention category for agriculture and allied sectors that ensures two per cent subsidy on the interest rate for agricultural loans. Besides, an additional three per cent incentive is given to farmers for prompt repayment of the loan, thereby reducing the effective rate of interest to four per cent for farmers.

For the current fiscal year, the Centre has allocated Rs 21,175 crore as interest subvention. The Union government has targeted to inject Rs 15 lakh crore in credit to agriculture and allied sectors through various channels during this fiscal.

As the Union government has already announced the credit flow to the agriculture sector, there is a need to re-prioritise the actions. The maximum amount of this credit target should be disbursed at the earliest so that the cash-starved rural sector can drive the wheel of economic growth.

One of the most challenging tasks would be the disbursement of credit to those farmers who do not have land rights or any collateral against institutional credit.

Similarly, both, PM-KISAN and the interest subvention scheme for institutional credit often exclude sharecroppers and tenant farmers who constitute a high share in the farming community.

Appropriate and timely actions on the fiscal front are urgently required from both, the Union and state governments before this community is pushed further to the margins. 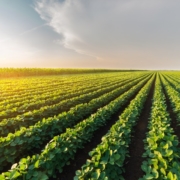