The European Commission has drafted proposals to ban outdoor agrochemical uses of the insecticide/acaricide, bifenthrin, and to restrict its use to permanent greenhouses. In a notification to the WTO Committee on Technical Barriers to Trade, the Commission says that it expects the proposals to be adopted in February 2018 and that there will be a 15-month grace period to sell and use existing stocks. The decision is because the submission of confirmatory data has not allayed concerns on bioaccumulation and other risks.

Bifenthrin was re-registered in 2012 for a seven-year period, on condition that the applicant, FMC, submitted results of a monitoring programme on potential bioaccumulation and biomagnification, and confirmatory data on toxicity for non-target arthropods. However, there were “shortcomings” in the monitoring programme, the Commission says. In addition, a high risk for non-target arthropods in field was identified. Its proposals have yet to be presented to the EU Standing Committee on Plants, Animals, Food and Feed for a vote.

Bifenthrin’s use as a non-crop insecticide/acaricide was phased out in 2013, following a review of existing biocides. The assessment had identified an unacceptable risk for aquatic organisms. 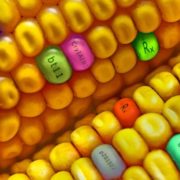