There have been mixed reactions to the European Commission’s confirmation that it plans to suggest a ten-year renewal period for the glyphosate herbicide, with farmers calling for a full 15-year approval and some Members of the European Parliament arguing against any renewal.

The Commission has yet to finalise a proposal, but an “information note” was presented by EU Health and Food Safety Commissioner Vytenis Andriukaitis at a meeting of all Commissioners last week.

Based on the note, the Commissioners agreed to restart discussions with EU member states on a possible renewal of glyphosate for ten years.

Talks have been on hold since last year, while the European Chemicals Agency (ECHA) evaluated the active ingredient.

It concluded in March that glyphosate was not carcinogenic.

But the Socialists and Democrats political party of the European Parliament says that any renewal should wait until there is more information on the industry data used in the evaluation of glyphosate.

It cites new “revelations” over Monsanto research papers in the US. It wants a hearing with the Parliament’s Environment and Agriculture Committees, the Commission, Monsanto and other stakeholders in June.

If it does not get a “satisfactory answer” from the Commission, the party says that it will ask for a parliamentary inquiry on the issue. 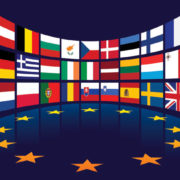 Brazil has established new rules for pesticides registration and research