In India, crops of more than 4.5 billion hectares are affected by extremely heavy rains. In addition, it is estimated that the damaged area will increase in the coming days.

In Maharashtra, heavy rains have been received in recent days as a result of cyclone disturbances in a low-pressure area south of Madhya Mahashtra.

On the other hand, in the districts of Pune, Solapur and Osmanabad among others, heavy to extremely heavy rains were reported and more rains are predicted.

Reports indicated that the crops of more than 4.5 billion hectares have been damaged by rains. Different crops such as soybeans, sugar cane, corn, and vegetables have registered damage. The Bhima River broke the banks of the city of Pandharpur temple in Solapur district, causing flooding in low areas and fields.

The agriculture commissioner’s office advised farmers to update the details of the losses through the special application designed for Pradhan Mantri Fasal Bima Yojana to enable faster resolution of the claims and distribution of the compensation amount. 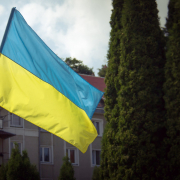 After COVID-19, India’s next challenge could be mega-sized locust attack this summer