The General Directorate of Agricultural Services (DGSA) of the Ministry of Livestock, Agriculture and Fisheries of Uruguay has increased the requirements for obtaining mandatory professional approval for the sale of locally-made and imported insecticides, neonicotinoids (which is formulated from active ingredients clothianidin, Imidacloprid and thiamethoxam) and chlorpyrifos.
The three ingredients were reported in EPA (USA) and EFSA (European Union) reports as potential risks to bee production if not managed properly. In addition to its negative effects on bees and the environment, chlorpyrifos is thought to be a risk to human health. In Uruguay, the CIAT (Center for Information and Toxicological Advice) has reported incidents of involuntary poisonings and suicide attempts.
However, due to their effectiveness in controlling pests and minimal effects on humans, neonicotinoids are extensively used in the production of many crops of economic importance, and in achieving the country’s food security.
“Bees play a key role in pollinating many crops, so the incorrect use of these products can cause a significant decrease in the activity of pollinators. This resolution aims to ensure the correct, safe and accurate use of insecticides,” said Federico Montes (Director of the DGSA), who also stressed that protecting bees is part of the directorate’s joint work with the Beekeeping Development Committee since 2018.
The fact that the resolution has already been implemented is addressed by agronomists, but Fabio Comotto (Director of the Division of Input Control of the DGSA) explained that professionals should be part of the process of reporting and explaining the correct use of such products, as well as their potential dangers to the environment and ways of mitigating related risks.
He also advisable that the insecticides should be applied outside the time of flowering of both crops and weeds, not during the peak activity of pollinators, and above 15ºC.
He added that due to the attractiveness of flowers of certain crops to bees, the use of these products will not be allowed on these crops, while highlighting the importance of informing beekeepers prior to application of the products, so that they can take the appropriate precautionary measures.
The resolution adopted by the DGSA is part of its management priorities related to the combined use of various productions while preserving the environment.
Source: Agropages
July 1, 2019/by Sandra Módenes
https://www.dextrainternational.com/wp-content/uploads/2019/07/BanderaDeUruguay.jpg 418 669 Sandra Módenes http://www.dextrainternational.com/wp-content/uploads/2016/07/Logo-Dextra-300px-New.png Sandra Módenes2019-07-01 10:43:322019-07-01 10:43:32Uruguay increases requirements for obtaining professional approval for sale of neonicotinoides, chlorpyrifos 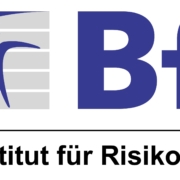 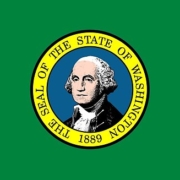