A proposed law to speed up approvals of new pesticides in Brazil that has drawn criticism from environmentalists is unlikely to gain congressional approval before next year, an agriculture ministry official told Reuters on Wednesday.

Approval of a new pesticide can take three to eight years or longer in Brazil, far longer than in the United States and Europe, Luis Eduardo Rangel, vice minister for agriculture safety, said in an interview.

For example, Bayer’s application for active ingredient fluopyram, a fungicide that combats soy rust and white mold, is still pending approval after nine years despite being okayed in the United States and Europe.

Other products stuck in the queue for more than three years include Sumitomo Chemical’s application for fenpyrazamine, which treats white mold, and Iharabras SA’s filing for weed killer piroxasulfone.

The proposed law speeding up the process gained approval in congressional committee last month but is unlikely to gain wider approval this year, Rangel said.

“I imagine that a change of the current law coming from this proposal will only happen in 2019,” Rangel said. The law would require the Ministry of Agriculture to approve new pesticides and related products within one year. After that, the product would be issued a temporary registration until the final decision is made, so long as it is already approved in at least three OECD countries.

The law would also require regulator Anvisa to evaluate the health risk of a new agrotoxin based on how it is applied rather than whether it is inherently harmful to human health as is done currently, since many dangerous chemicals present low risk if Environmentalists have criticized the proposal’s granting broader approval power to the Agriculture Ministry, which they say will threaten citizen’s health and the environment.

Rangel defended the law, saying the agriculture ministry would still rely on the analysis of environmental agency Ibama and Anvisa, both of which would retain veto power over new products.

Separately, the ministry will send a long-considered proposal to create a superagency for food safety inspections with greater independence and resources to Congress after the current recess ends in August, Rangel said.

But the proposal, which comes after a probe raised allegations of fraud in meat inspections in Brazil, is also unlikely to gain approval this year, he said. 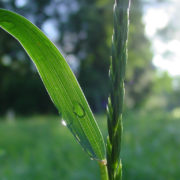 Non-approval of fermented extract from leaves of Symphytum officinale L. (comfrey) as a basic substance