Cotton farmers in Brazil are very optimistic concerning their 2018/19 crop. If the cotton crop in Brazil turns out as good as it presently looks, Brazil is poised to become the second largest cotton exporter in the world surpassing India and trailing only the United States.

The Brazilian Cotton Producers Association (Abrapa) is expecting Brazilian farmers to produce a new record large cotton crop of 2 million tons in 2018/19. Abrapa is expecting the 2018/19 domestic demand to remain unchanged at 700,000 tons with the remainder being available for export. If everything works out as expected, Brazil could export 1.3 million tons of cotton during the 2018/19 marketing year, which would be the second largest in the world trailing only the United Statres which is expected to export 3.5 million tons.

The cotton marketing year in Brazil is from July until June and with three months left in the 2017/18 marketing year, Brazil has exported 1 million tons of cotton with 38% destined for China, which is the number one buyer of Brazilian cotton. The export season for the 2017/18 crop still has three more months to go and there is every expectation that when it is completed, Brazil will be the world’s second biggest exporter.

Brazilian farmers planted approximately 1.65 million hectares of cotton in 2018/19 which is the largest acreage since the 1991/92 growing season when they planted almost 2 million hectares. The state of Mato Grosso is the largest cotton producing state in Brazil with about two thirds of the production followed by the state of Bahia with approximately 20-25% of the production.

Brazil’s prior record for cotton exports was set between July 2011 and June 2012 when they exported 1.03 million tons of cotton. For a few years following the prior record, Brazil’s cotton exports were in the range of 500,000 to 900,000 tons. With improved prices over the last two years, Brazilian farmers have significantly increased their cotton production and exports.

Artificial Intelligence in Agriculture in India 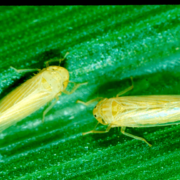 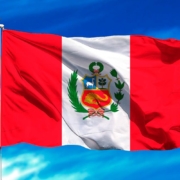 Canada to phase out three neonicotinoid pesticides over the next two to three...
Scroll to top
This website uses cookies to improve your experience. We'll assume you're ok with this, but you can opt-out if you wish.Accept Reject Read More
Privacy & Cookies Policy
Necessary Always Enabled