Weeks of speculation have ended with new anxiety for growers of America’s leading agricultural export: President Trump announced today he is indeed levying 25 percent tariffs on $50 billion of Chinese products under Section 301 of the Trade Act of 1974. This decision not only inflames trade tensions between the two countries, but also means U.S. soybean growers, who shipped roughly $14 billion in soybeans last year to China – their number one export market – stand to quickly feel the impact of retaliatory tariffs.

The American Soybean Association (ASA), on behalf of all U.S. soy growers, is disappointed in the Administration’s decision, which follows weeks of imploring the President and his team to find non-tariff solutions to address Chinese intellectual property theft and not place American farmers in harm’s way. ASA has twice requested a meeting with President Trump to discuss how increasing soy exports to China can be a part of the solution to the U.S. trade deficit without resorting to devastating tariffs.

Chinese government officials have announced that their response to Trump’s widespread trade tax on Chinese goods will be quick and certain, which is bad news for soybeans farmers. A study by Purdue University economists predicts that soybean exports to China could drop by as much as 65 percent if China imposes a retaliatory 25 percent tariff on U.S. soybeans.

Davie Stephens, Kentucky soybean grower and Vice President of ASA, is among growers distraught over the newly-announced tariffs, and China’s possible retaliation.

“Crop prices have dropped 40 percent in the last five years, and farm income is down 50 percent compared to 2013. As a soy grower, I depend on trade with China. China imports roughly 60 percent of total U.S. soybean exports, representing nearly 1 in 3 rows of harvested soybeans,” Stephens said. “This is a vital and robust market that soy growers have spent over 40 years building and, frankly, it’s not a market U.S. soybean farmers can afford to lose.”

The Office of the U.S. Trade Representative (USTR) has released a revised list of Chinese goods subject to the additional 25 percent tariff stemming from concerns over intellectual property theft and technology transfers. U.S. Customs and Border Protection will begin collecting the additional duties on the bulk of that list beginning July 6.

“As the country’s leading agricultural export at $27 billion, trade is vital for soybean growers and, while China has not yet directly retaliated against imports of U.S. soybeans, it seems imminent,” Stephens said. “ASA continues to advocate for increased trade opportunities, not trade-reducing tariffs, to help boost agriculture industries and rural communities in the current down farm economy,” said Stephens.

ASA is among grower and industry groups whose members have been imploring Congress to urge the Administration to back away from tariffs and return to the negotiating table with China. Under the hashtag #TradeNotTariffs, members of these organizations have continued to amp up awareness on social media, sharing with the public how trade tariffs could devastate their livelihoods. 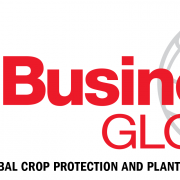