“This common-sense policy is a result of a collaborative effort with the People for the Ethical Treatment of Animals (PETA) and is one of the first steps we’ve taken under my 2019 directive to aggressively reduce animal testing throughout the agency,” said EPA Administrator Andrew Wheeler. “Going forward, when the agency has enough information showing that a pesticide registration decision is protective of public health and the environment, then we will no longer require unnecessary animal testing.”

When considering approving the use of an outdoor pesticide, EPA typically considers up to four separate avian toxicity studies. Wednesday’s Final Guidance for Waiving Sub-Acute Avian Dietary Tests for Pesticide Registration and Supporting Retrospective Analysis waives some of these studies when the agency has enough information to ensure a pesticide registration decision is protective of public health and the environment. With a typical average of six new chemicals registered per year, the adoption of this guidance is expected to reduce the number of birds tested by approximately 720 birds per year.

EPA’s guidance is based on a retrospective analysis conducted by EPA and the People for the Ethical Treatment of Animals of avian acute oral and subacute dietary studies. These studies found that EPA can confidently assess acute risk for birds using only the acute oral test. In response to public comments received on the draft policy, the final policy includes additional clarification about criteria for waiver requests for toxicity studies.

In September 2019, EPA Administrator Andrew Wheeler issued a directive that called for the agency to aggressively pursue a reduction in animal testing. In support of the directive, the agency convened a conference in December 2019 to discuss New Approach Methods (NAMs) for achieving reduced animal testing in chemical safety research. 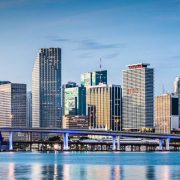