The effects of GMOs on human or animal health may fall within the area of the environment, so that non-governmental organisations may refer to those aspects within an application for review based on the Aarhus Regulation

Between 2007 and 2010 the companies Pioneer Overseas and Monsanto Europe sought authorisation to place on the market foods, food ingredients and feed containing genetically modified soybeans.

On the basis of the EFSA opinion, the Commission, by means of decisions of 24 April 2015,1 authorised the placing on the market of the products concerned.

TestBioTech, an NGO opposed to the introduction of those products on the market, asked the Commission, on the basis of an EU regulation that enables NGOs to participate in the decision-making process in environmental matters (‘the Aarhus Regulation’2), to carry out an internal review of the authorisation decisions of 24 April 2015.3 By decision of 16 November 2015, the Commission rejected the greater part of the application for review, holding, in essence, that the aspects relating to the health assessment of genetically modified food and feed cannot be examined in the light of the Aarhus Regulation, because those aspects are not concerned with environmental risk assessment, but instead the area of health.

TestBioTech brought an action before the General Court seeking the annulment of the Commission’s rejection decision. According to TestBioTech, the application for internal review is in fact linked to issues that fall within the scope of the Aarhus Regulation. In that regard, TestBioTech claims that the marketing authorisation decisions, adopted on the basis of the EU regulation on genetically modified food and feed,4 constitute acts adopted under environmental law within the meaning of the Aarhus Regulation, and that the impact of genetically modified organisms on the state of human health is a health issue that is related to the state of the environment.

By today’s judgment, the General Court annuls the Commission’s decision.

The General Court recalls first that the regulation on genetically modified food and feed, on which the authorisations of 24 April 2015 are based, is an integral part of the matters of environmental law covered by the Aarhus Regulation and that such authorisations can therefore be the subject of internal review.

As regards whether the arguments raised by TestBioTech in its application for review do fall within the scope of the area of environmental law within the meaning of the Aarhus Regulation,5 the General Court observes, inter alia, that any GMO must be cultivated before it can be processed into food or feed. When being cultivated, GMOs are part, as a general rule, of the natural environment and therefore properly constitute an element of the environment. It follows that the provisions of the rules on the labelling of GMOs whose objective is to regulate the effect on human or animal health of GMOs also fall within the area of the environment.

The General Court concludes that environmental law within the meaning of the Aarhus Regulation covers any provision of EU legislation concerning the regulation of GMOs that has the objective of dealing with a risk to human or animal health, that originates in those GMOs or in environmental factors that may have effects on GMOs when they are cultivated or bred in the natural environment. That finding is no less applicable in situations where the genetically modified organisms have not been cultivated within the EU.

The General Court holds that the complaints made by TestBioTech in its application for review fall wholly within the area of environmental law within the meaning of the Aarhus Regulation. The Commission therefore erred in concluding that those complaints could not be examined within the framework of that regulation. The General Court consequently annuls the Commission’s rejection decision, which entails that the Commission will have to make a further decision on TestBioTech’s application. 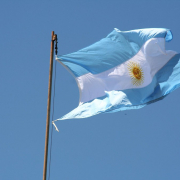 Argentina is the second largest exporter of soybeans to Colombia